Catching up with unscrupulous tenants and unpaid rent 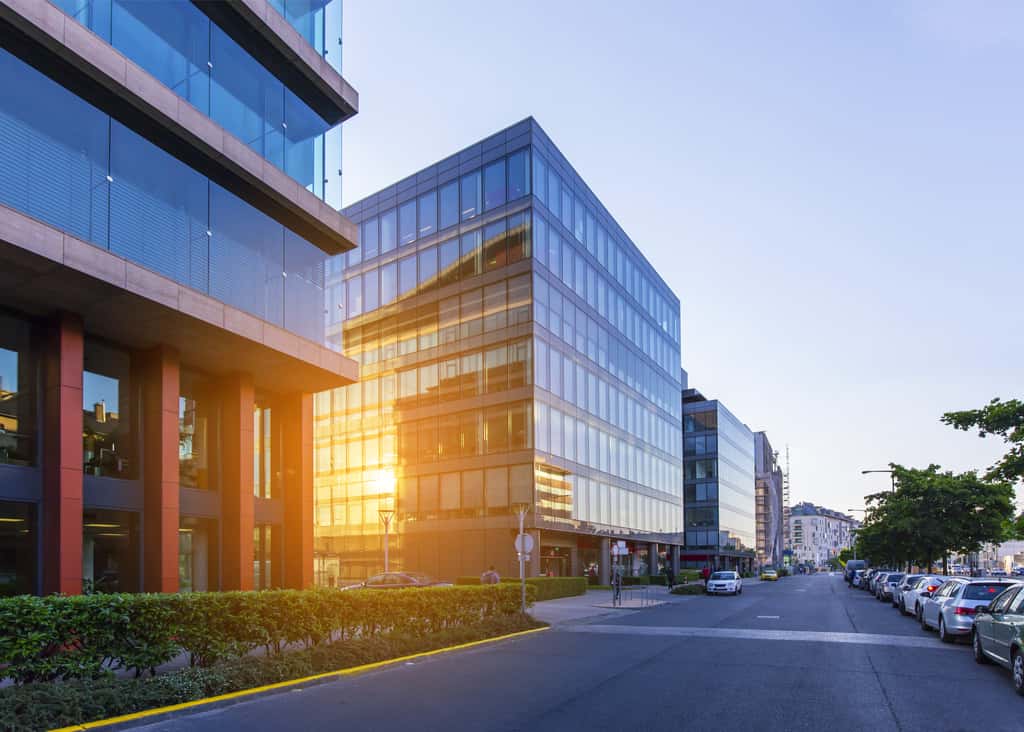 The current moratorium on commercial and residential evictions has left a significant gap in the finances of landlords. In particular, commercial landlords, who are left to battle tenants for around £1.6 billion in unpaid rent.

Landlords across the country, suffering the impact of the coronavirus pandemic, have racked up around £7 billion in rent debt. The British Property Federation recently told MPs that members of the federation were owed around £1.6 billion of that.

Businesses affected are looking at ways to pay back that debt, as much as £3.5 billion has already been paid back and another £1.5 billion is the subject of repayment agreements or write-offs.

A large proportion of the businesses hit by the crisis, and those that have taken advantage of various financial support schemes offered by the government, appear sincere in their desire to pay off the debt. This will allow them to get back to running the businesses they have patiently built over the years.

But, what about those who don’t want to play fair; those business owners who look to exploit the situation for gain or simply as a way to dump their debt and start over? This is where Blackhawk Investigations can help landlords.

While there’s nothing wrong in realising your business is insolvent and voluntarily winding it up, there are those more unscrupulous business owners that habitually see this as a way to get others to pay for their mistakes.

Some of these business owners, may not have been unduly affected by the pandemic. There are a lot of businesses that have done quite well out of the pandemic, particularly the building industry and online ‘entrepreneurs’. But, some get greedy and want more and see unpaid rent as a path to this.

Another statistic from the Government that backs up the premise that not all business owners are squeaky clean, is the report that up to £3.5 billion of tax payer’s money, has been given out on fraudulent or incorrect furlough claims. It will probably come as no stretch to the imagination that some of these same business owners will also use the opportunity of free rent – i.e. knowing that the landlord can’t evict them for some time to come to ‘feather their own nests’. Some even go to the extremes of trying to protect their assets in the event of insolvency proceedings.

Are you a commercial landlord affected by debt ridden tenants?

By and large, if a business owner plays the situation by the book – i.e. doesn’t try to avoid the debt and works with landlords to come to arrangements to pay back the debt, there’s little a landlord can do, other than to drive the tenant into insolvency and risk loosing out.

But, not all do play by the book. Business pressures and resultant circumstances that affect the directors life and welfare can see them make poor choices and stray outside what is both right and legal, such as those sensing a chance to start afresh, even if fraudulently so. Faced with a remaining lease agreement period that maybe seen as a mill stone, sucking up funds they could use to develop the ‘new business’, they will  look to get out of it, often by any means possible.

Other’s may look to transfer assets out of a company to protect them against insolvency. However, these transfers have to be correctly value or the directors will be held accountable for a ‘transaction at an undervalue’.

Indeed, any situation where you believe the tenant is attempting to remove assets in the company deliberately to avoid the reach of creditors is essentially fraud, and is an area Blackhawk Investigations can help you with.

Asset tracing and people tracing in a time of crisis

Faced with a tenant who has taken steps to protect their business by removing assets from them company in a fraudulent manner, leaving the landlord, or indeed other creditors, with little to claim against, what should the landlord do? What if to complicate matters further, especially where the sums of money involved are substantial, the director of the company may have fled the country or gone into hiding, what should a landlord do then? This is where asset and people tracing come in.

The term ‘asset’ refers to many things; from cash, to cars, capital equipment, machinery, other property, even intellectual property. Much of this may be easy to move or dispose of in a covert way.

One should note that if a director engages in an illegal act such as unlawful asset removal, all gloves are off and their usual protection under the umbrella of a ‘limited company’, disappears, meaning their own assets may be at risk to. So there may be more to play for that you first think.

Blackhawk Intelligence has an expert asset tracing team, one which understands the multitude of ways fraudsters try and make assets ‘disappear’, such as selling them in special deals to friendly third-parties, moving them overseas – out of jurisdiction territories, converting them cash and transferring cash out, money laundering – the list is comprehensive. Regardless of the method, Blackhawk is familiar with it and understands how to track them down.

Our investigators understand how to navigate the intricacies of a multi-jurisdictional investigation, how to pursue assets in these regions legally and most importantly, how to recover those assets, whatever form they may be in now. Blackhawk also has its own forensic accountants and digital forensics teams that can meticulously analyse a company’s accounts and operations to uncover how the fraud has occurred and the attempts by the owners to hide it.

Where someone has gone into hiding or fled the country, Blackhawk Investigations has a specialist team of investigators skilled at tracking down perpetrators. Our teams work covertly and always within the scope of the law, not just in the UK, but overseas too. We’ll do this in a way that works with the legal systems in overseas jurisdictions and we’ll work with the authorities and court systems to ensure the perpetrator is found and held accountable for their actions and either prosecuted locally or back in the UK. Where assets are involved, we’ll work with those same legal systems to uncover and return the assets to their rightful owner.

It may seem incomprehensible to some that people will go to the lengths described above just to get out of paying rental debts. When the lifestyles and the luxuries in life people take for granted is under threat, people will often take to steps, even illegal ones, to protect it.

Often, it’s simply a matter of ‘escalation of commitment’ that gets a business owner into trouble. They take one ‘less than legal’ step to mitigate the circumstances and it quickly becomes a slippery slope, seeing them try to cover up other mistakes too.

If you believe that your tenant is being less that forthright in their dealings with you as a landlord, perhaps you suspect they are playing for time while they secure what assets they have away from you, call us as soon as you can on +44 (0)20 8108 9317. Time is of the essence. 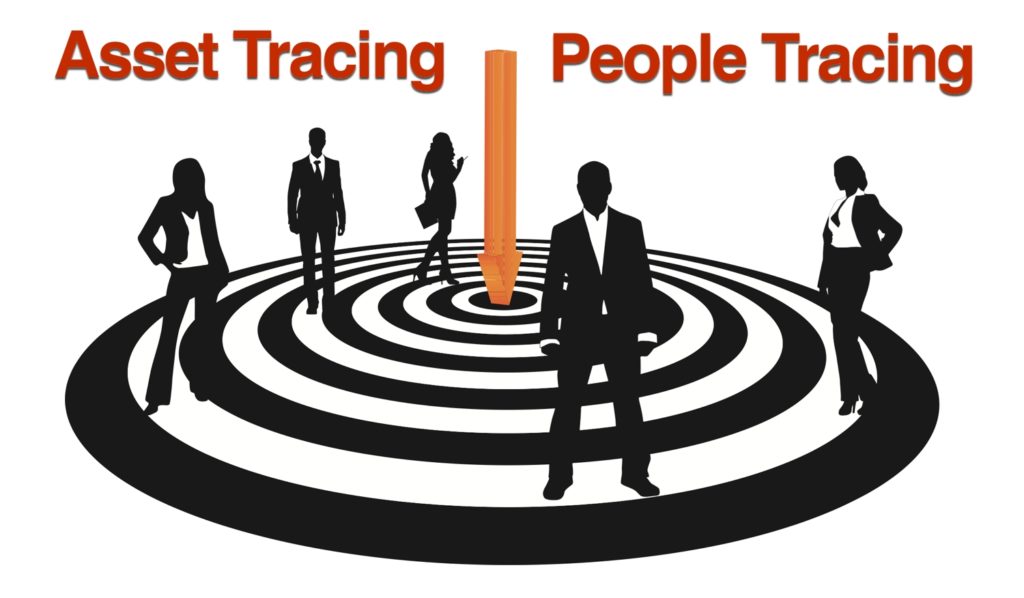 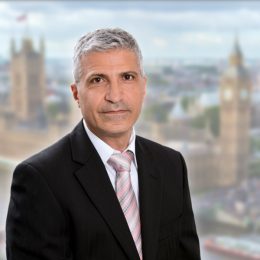 Blackhawk Intelligence was very helpful. Their reports were detailed and comprehensive.

London Based Firm Of Solicitors