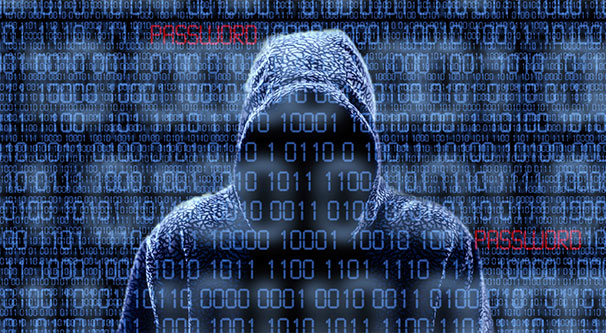 We have become a nation of sloppy computer users with a growing need for IT forensics to mop up the mess of security breaches left in our wake.

Research has shown, for instance, that UK citizens have been using on average just five passwords for an estimated 26 online accounts, and 25% are using just one for most of them. The average number of accounts for the 25 to 34 age group is a staggering 40, ranging from fuel companies to banks to magazine subscriptions and online shopping. That was in 2012 – what’s it like now? PCs, tablets, laptops, mobiles, they are now all integral to our lifestyle at home and at work. Just as we used to rely on our office phone to make non-work-related calls, now we don’t think twice about emailing, social networking and maybe even skyping on our office computer. And yet we forget it is primarily a work machine – the more we use it for non-work reasons, the more opportunities for hackers or misguided employees to exploit security loopholes . . . like excessive use of our favourite password!

Digital security and its now necessary corollary, IT forensics, now have to become a major priority for all employers. Almost every business activity has a digital element, so any fraud is highly likely to be traceable on an ever increasing range of data-storing devices – from an innocuous –looking games console to the office mainframe. Digital fraud is increasing. PricewaterhouseCooper’s 2014 global economic crime survey reveals one in four respondents have been affected by cybercrime, with 11% suffering losses of over $1m. The good news is that 48% report their perception of cybercrime has increased, a rise of 9% on 2011. Are you in that 48%? And, if so, how is it affecting your internal and external security policies? The more you can do yourselves, the less costly and time-consuming it will be if you need to call on the specialist IT forensics services of an agency such as Blackhawk.

Have you done an audit of all your digital assets? Their location? Their users? Is there an access record and a backup system? Where is it and is it regularly checked? What about wider IT policies? Are there limits on what staff can physically print out, send out via email, and save on USB sticks? Your IT provider can easily set up limits. Are passwords shared and is unregulated access to certain information really necessary at all staffing levels? What is access like to your internal systems from external sources? Do you have a use of smartphones policy? And are staff, suppliers, partners and, indeed, competitors actually aware you have put in measures to reveal security leaks and have an investigation agency like Blackhawk a phone call away. The message to put out is that every business transaction, including signed contracts, will leave a digital trail that CAN be traced by IT forensics experts. There is nowhere to hide so please don’t get tempted.

But suppose you have done all you can and then fraud is suspected. This is where computers and other IT devices can become the scene of a crime, and agencies like Blackhawk come into their own. Preserving uncorrupted evidence is paramount if you are to have any chance of winning a case in court. But to keep all evidence intact demands expert handling. So unless you want to risk damaging evidence and thus make it inadmissible in court, it’s wise to call on IT forensics experts like Blackhawk, which follow strict Association of Chief Police Officers’ guidelines in collecting, preparing and presenting evidence. Fraud is not the only reason why you should call in forensic services. Is someone ripping off your branding and stealing your hard-earned intellectual property? Are you trying to prove a supplier, competitor, client or employee has been negligent or is wilfully harming your company? Are you being unfairly blamed and thus fined for not being compliant? Are you facing bankruptcy proceedings and need valuable assets traced? Or do you simply need to find a valuable document lost in the ether of your IT system? Hiring forensic specialists can save you a great deal of time, money and maybe your reputation – whether you go ahead with a court case or withdraw through lack of proof.

The right people were made redundant

In one case taken on by Blackhawk, an internal whistleblower claimed bribes were paid by certain managers to secure business from a company supplier that would directly benefit the managers authorising the purchase order. The agency’s forensics team had to identify the relevant document trail and find out just how much senior managers knew. In the end insufficient evidence meant the case was dropped. But it was money saved. The evidence gathered by Blackhawk was enough to justify making the right people redundant and changing company procedures. In fact, calling in computer forensics experts actually saved the company a much greater sum than the cost of the investigation and, most importantly, left its reputation intact.

As a postscript, companies can use the annual Safer Internet Day as a focus to educate staff, suppliers and clients to think more about digital security whenever they use an office or home computer or supply information on a digital device. There’s plenty of time to prepare for next year’s event on 9 February 2016 but why wait that long? Digital fraudsters never stop working and so you have to stay at least one step ahead – or you could go under.

We have become a nation of sloppy computer users with a growing need for IT forensics to mop up the mess of security breaches left in our wake.